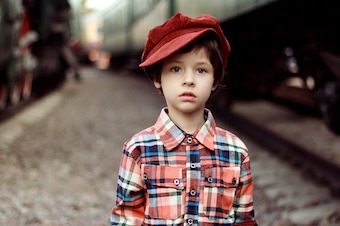 The History Of Adderall: Adderall Versus Adderall XR

How does Adderall work?

What is Adderall used for and how well does it work?

In children ages 6 to 12 years old, the efficacy of Adderall XR in the treatment of ADHD was established in one 3-week outpatient, controlled trial and one analogue classroom, controlled trial. In the outpatient trial, there was significant improvements in child behavior, based upon teacher ratings of attention and hyperactivity, compared to subjects who received placebo. The classroom study of 51 students also demonstrated significant improvements in teacher-rated behavior and performance measures when compared to students treated with placebo.

In adolescents aged 13 to 17, the efficacy o Adderall determined in a one 4-week controlled trial in adolescents with ADHD. The primary efficacy variable was the Attention Deficit Hyperactivity Disorder-Rating Scale-IV (ADHD-RS-IV) total score. Improvements were statistically significantly greater in the active treatment groups compared with the placebo group.

Efficacy in adults was determined in one 4-week controlled trial in adults with ADHD. Significant improvement was measured with an 18-item rating scale that measures the core symptoms of ADHD.

The FDA reports that both the IR and the XR Adderall versions contain the same ingredients in the same proportion. Thus, the efficacy of the two different formulations are not considered to be significantly different. The IR formulation is in tablet form, while XR is available as a capsule. The XR capsules contain 50% of immediate-release beads and 50% of delayed-release beads. Thus, patients taking Adderall XR only need to take the drug in the morning as opposed to every 4 to 6 hours when taking Adderall IR. Neither version of the drug is superior to the other. Individual preferences for one formulation over the other are due to the duration in which a person needs the psychostimulant effect.

Both formulations have the same classification by the DEA as Schedule II controlled substances. Although both have a high potential for abuse, the IR version is more likely to be abused because the tablet form makes the drug easier to crush into a powder and snort. The XR version consists of many beads in the capsule that would need to be individually crushed to form a powder.

Adderall is contraindicated in patients with:

Common side effects of Adderall

The listed common side effects of  Adderall include:

Adderall XR has a similar side effect profile as the immediate-release Adderall. In a three-week clinical trial, the most common side effects experienced by children ages 6 to 12 years taking Adderall XR include:

The most common side effects observed in adult patients with ADHD taking Adderall XR in a four-week clinical study include: