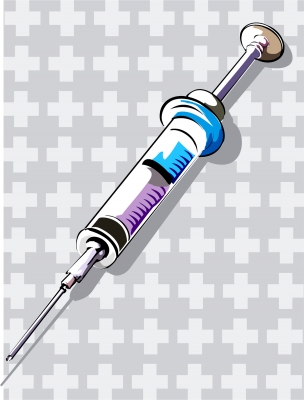 Heroin has claimed the lives of two more celebrities in recent months, including television’s “Glee” star Cory Monteith and Academy and Golden Globe-acclaimed actor, producer, and director Philip Seymour Hoffman. They will join John Belushi, River Phoenix, and Janis Joplin who were also claimed by heroin overdose. With the Center for Disease Control’s estimate of 2,000 yearly deaths in the U.S. due to heroin overdose, you may be wondering, what is heroin and why is such a deadly drug so appealing?

Heroin, known by its street names of H, Junk, Smack, Big H, Hell Dust, Nose Drops, Thunder, Brown Sugar, Horse, and Skag, is made by chemically altering morphine, a naturally occurring chemical found in seed pods of poppy plants. While heroin itself is illicit, meaning not legally available in the U.S., it is in a class of drugs called opiates. This class includes oxycodone, hydrocodone, meperidine, and fentanyl which are prescription drugs used for treating pain. Note that opiates are a different drug class than cocaine.

Heroin is a white or brownish powder or a black sticky substance (known as “black tar heroin”). It is sold on the streets at various potencies because is often mixed with sugar, caffeine, powdered milk, starch, or even poisons such as strychnine. Heroin may also be mixed with other drugs, such as cocaine (known as a “speedball”), which adds to its dangerous potential. It may be smoked, sniffed, or injected into the veins or muscles. Injection into veins is the most dangerous to the user due to its rapid action and potency.

How Common is Heroin Use

Here are some statistics from 2003 to put heroin use into perspective:

What are the Effects of Heroin

Once heroin enters the brain, users experience a “rush” of pleasurable sensation known as euphoria depending on how rapidly the drug enters the brain and how much drug is used. Heroin is lipophilic, meaning it is fat (lipid) soluble and easily passes through cell membranes, including the blood brain barrier which many drugs do not penetrate easily. Its ease of absorption into the brain makes it the best opiate for a rapid effect, which also adds to its addictive potential.

This “rush” is followed by flushing of the skin, dry mouth, and a sense of heavy limbs. Heroin slows signals in the nervous system, which causes drowsiness, cloudy mental function, slowed heart beat, and decreased breathing and pain. Heroin’s effects on the body can last 4 to 5 hours.

Why is Heroin So Addictive

Addiction is an interplay of individual genetics, social environment, as well as drug characteristics.

Heroin, specifically, has high abuse potential because it is easily absorbed and it may be smoked or injected directly into veins. These characteristics allow it to rapidly cross the blood-brain barrier (within 15-20 seconds) and reach significant brain levels, producing a powerful rush of pleasure. This intense euphoria is the result of heroin causing a release of dopamine (a chemical signal in the brain), which activates the brain’s reward system. The stimulation of this system tells the brain that something important is happening and that the pleasurable behavior must be remembered and repeated, which in this case means continued drug use.

Another characteristic leading to addictive behavior is the intense “low” that follows within minutes of the "high." This drives individuals to repeated drug abuse in an attempt to recapture the euphoria. With continued drug use, normal activities become less pleasurable, and drug abuse becomes necessary for abusers to feel any sense of satisfaction.

Further, after one to two weeks of daily use the brain becomes accustomed to having heroin around, which leads to tolerance and physical dependence. Tolerance means that users must use more and more drug to reach the same high, and physical dependence means they experience severe withdrawal symptoms, within 12 hours, after they stop using heroin. Heroin's withdrawal symptoms include intense cravings, agitation, anxiety, muscle aches, insomnia, cold flashes, abdominal cramping, diarrhea, nausea, and vomiting. Without long-term maintenance addiction treatment, users face a difficult time fighting through the withdrawal symptoms and they quickly return to the  embrace of their favorite dealer of death for more heroin.

How Does Heroin Kill

Heroin-related death may be a result of impaired judgment or lethal overdose.

The drowsiness and cloudy mental state resulting from heroin may lead to decisions that put the user in harm’s way. This may include accidents as well as fights or suicide attempts (e.g., it is said that Kurt Cobain committed suicide under the influence of heroin and other drugs).

An overdose of heroin may lead to a decrease in breathing and or heart rate to the point of death. Some users may intentionally increase the dose to combat tolerance, since higher doses are required to achieve euphoria. However, tolerance against the respiratory depression is not achieved quite as quickly, so breathing can completely stop at these high doses. This may also be the case when heroin is combined with other depressant substances, such as alcohol (as the case with Cory Montieth). Overdose may also be accidental if the user unexpectedly buys a stronger product than they are used to because heroin sold on the street have various strengths and may be laced with another opiate such as fentanyl or other dangerous drugs.

How to Combat Heroin Use

The best way to combat heroin use is to never start. Just say no! The chemical high is not worth the consequences. As discussed, heroin causes many chemical changes in the body that lead to addiction and willpower is not enough.

Fighting heroin addiction is a complicated battle that may require the help of drug therapy (buprenorphine, methadone, naltrexone) as well as counseling. Cravings may persist for months beyond physical withdrawal symptoms, which lead to difficulties with staying heroin free. However, with motivation as well as maintenance therapy, there can be success in fighting against heroin addiction.

If you or anyone you know requires help in fighting drug addiction, seek help through:

The material on this site is for information only and is not a substitute for medical advice, diagnosis or treatment provided by a qualified healthcare provider.

Get discovered online while contributing to healthcare knowledge by joining and publishing an article.