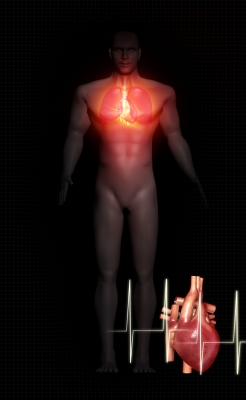 The FDA announced on Tuesday, July 7, 2015, the approval of Entresto (sacubitril/valsartan) to treat patients with NYHA Class II-IV heart failure and an ejection fraction less than or equal to 40%. Entresto received FDA fast track priority review because it reduced the rate of cardiovascular death and hospitalization rates from heart failure and may provide a significant improvement over available treatments.

In the United States, approximately 5.1 million people have heart failure and half of them die within 5 years of their diagnosis. Heart failure occurs when the heart cannot pump enough blood to the body and over time weakens the heart to the point of failure. This causes symptoms of breathlessness, fluid retention and fatigue. It severely limits a patient’s ability to perform physical activity and reduces their quality of life. Risk factors that contribute to this leading cause of death and disability in adults are coronary artery disease, hypertension, diabetes, smoking, obesity and diets that are high in cholesterol, fat, and sodium.

The PARADIGM-HF trial included 8,442 patients with NYHA Class II-IV heart failure, left ventricular ejection fraction ≤ 40%, receiving ACE inhibitors (ACEi) or ARB and maximum tolerated doses of beta blockers. After discontinuing ACEi or ARB, patients were given Entresto 200 mg twice daily or enalapril 10 mg twice daily in addition to other standard treatments for her failure. The median follow-up duration was 27 months and patients were treated for up to 4.3 years. Entresto was superior to enalapril in reducing the risk of cardiovascular death or hospitalization for heart failure. Entresto also reduced the risk of death from all causes.

Entresto is manufactured by Novartis Pharmaceuticals and is available as 24/26 mg (sacubitril/valsartan), 49/51 mg, and 97/103 mg film-coated ovaloid tablets. It is used in place of an ACEi or other ARB. The starting dose is 49/51 mg twice daily. The dose is doubled after 2 to 4 weeks to the maintenance dose of 97/103 mg twice daily. Patients with severe renal impairment, those not on any previous ACEi or ARB, or those who had previously been on low doses of ACEi or ARBs should start at 24/26 mg twice daily.