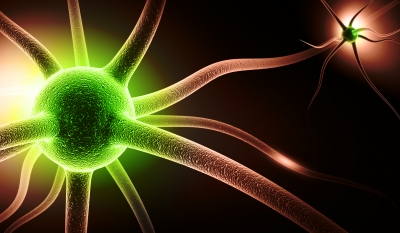 What is Copaxone and its mechanism of action?

Copaxone is a subcutaneously injected medication used to reduce flare ups of relapsing-remitting form of multiple sclerosis (MS). MS is one of the most common autoimmune diseases resulting in the body’s white blood cell, in particular T cells, attacking the nerves of central nervous system (brain, spinal cord and optic nerves). The exact mechanism of action of Copaxone in treating relapsing-remitting forms of MS is not fully understood. Studies suggest that it modifies the immune process that is responsible for MS. It may work by suppressing T cells (white blood cells) thus reducing migration and T cells attacking nerves. Suppressing T-cells reduces MS lesions and flare up of MS.

What is Copaxone used for treating?

Copaxone is indicated for patients with relapsing-remitting form of MS (multiple sclerosis). American Academy of Neurology classifies Copaxone as first-line therapy (accepted as best therapy) for relapsing-remitting form of MS. MS is a chronic inflammatory disorder of nerves of the central nervous system (brain, spinal cord and optic nerves). Multiple sclerosis results in injury to the myelin sheaths and oligodendrocytes, which insulate and protect the nerves.

Although the cause of MS is unknown, it’s almost certain that it involves T cells (white blood cells) and it is related to the immune system. There are different types of MS and the National Multiple Sclerosis Society defines relapsing-remitting form of MS as “clearly defined attacks of worsening neurological function”. The relapsing-remitting form of MS constitutes 85% of initial MS diagnosis and it is the most common MS disease course.

How effective is Copaxone?

In the fourth trial, a higher dose of Copaxone 40 mg per mL three times per week was used. The results showed an average of 33.1% of patients who received Copaxone didn’t experience any exacerbation compared to 50.5% from the placebo group.

In the fifth trial, they measured the number of lesions on MRI screening during a 9-month period. The result showed an average of 11 lesions with the Copaxone group compared to 17 lesions in the placebo group

Copaxone is enrolled in ISMP (Institute for Safe Medication Practices) program due to risk of causing significant harm when used in error.

A higher 40 mg per mL Copaxone dose was FDA approved for relapsing-remitting MS on January 2014.

Generic Copaxone manufactured by Sandoz was approved on April 16, 2015.

What are side effects of Copaxone?

What is the dosage of Copaxone?

Copaxone is indicated for subcutaneous use only. It should not be administered intravenously (IV). Copaxone is available as a single use 20 mg per mL prefilled syringe injected subcutaneously under the skin once daily.

Copaxone is also available in 40 mg per mL, subcutaneous injection used 3 times a week but each dose must be given at least 48 hours apart. Copaxone should be stored in refrigerators between 2o to 8o Celsius (36 o to 46 o Fahrenheit).

If patient is unable to store Copaxone in a refrigerator, it may be stored at room temperature for up to 1 month.

What are Copaxone drug interactions?

Copaxone cannot be given with BCG vaccination, as the vaccination will not be therapeutic.

Copaxone should not be given with any live vaccines, as it will enhance adverse effects of the vaccine.

Coccidioidin skin test may give inaccurate results if given with Copaxone.

Copaxone may enhance the effects of other immunosuppressive agents such as tofacitinib, natalizumab, denosumab, pimecrolimus, roflumilast, leflunomide, tacrolimus (topical).

Copaxone levels may decrease when given with Echinacea.

What are warnings and precautions for Copaxone?

There are a few warnings and precautions for Copaxone.

Post-injection reaction: this is generally self-limiting and transient, and doesn’t require treatment.

Chest pain: generally experienced one month after the start date and lasts for a few minutes.

Lipoatrophy and skin necrosis: to avoid this, patients should be advised to rotate the injection sites daily.

Potential effects on immune response: because Copaxone modifies the immune system, it may interfere in recognizing foreign antigens and impair the body’s ability to fight infections.

Pregnancy: Copaxone falls in pregnancy category B which means it is relatively safe to sue during pregnancy.

Nursing: It is not known if Copaxone is excreted in human milk.

What is the cost of Copaxone?

How to obtain prescription assistance for Copaxone?