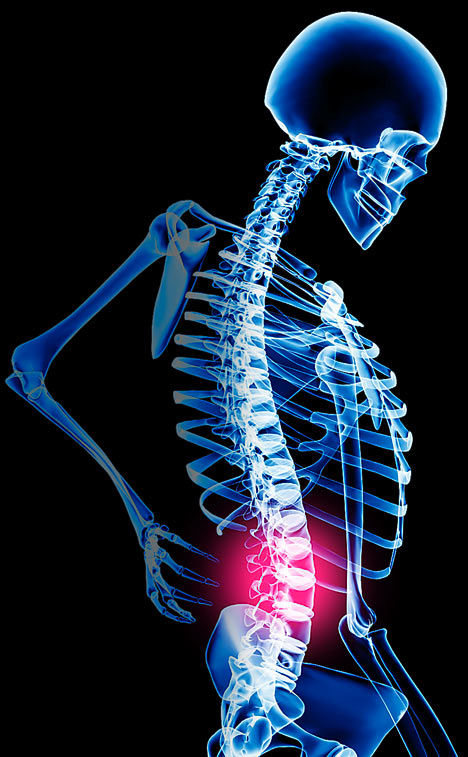 Chronic lower back pain (CLBP) is one of the most common ailments suffered by the population. Roughly 80% of Americans complain of CLBP at some point in their lives; it is one of the most prevalent causes of disability and workplace absence. And as of yet, no definitive underlying anatomical causes have been implicated. Researchers have discovered that there is considerable degeneration of the disc(s) or facet joints of the lumbar region in patients with CLBP and in the asymptomatic population as well. It has been suggested that the culprit for pain and the corresponding inflammation is none other than the ingrowth of nerve fibers into the tears of regions known as the annulus fibrosus or nucleus pulposus. Research studies however, have shed a revolutionary perspective upon this topic: they’ve discovered that in at least some cases, the cause of pain may be due to bacterial infection. And as such, patients may benefit greatly from a regimen of antibiotics as treatment for pain, and as a prophylactic measure to prevent post-surgical discitis.

The Role of Propionibacterium acne in MC 1 and CLBP

Modic Changes (MC’s) which are in pathological changes in the vertebra, most notably of the Type 1 category, have been well-observed in patients with CLBP. In fact, one study reveals that 80% of patients with CLBP developed new MC’s in vertebra adjacent to the herniated disc(s). Another study showed that 35-40% of patients suffering from lower back pain present with MC/bone edema. Such anatomical deviations are only visible via MRI imaging. The Type 1 variety is characterized by fissuring and disruption of the endplates, reactive bone formation, and vascular granulation, and endplate edema. Recent, groundbreaking research now suggests that in at least some cases (40% of CLBP participants in one particular study), the development of MC 1 may be due to a particular strand of anaerobic bacteria known as Propionibacterium acne, identified via tissue biopsy sampling during lumbar spinal surgery. Discs infected with this anaerobe were more likely to develop MC 1. Typically found in skin and hair follicles, this anaerobic strain of bacteria is thought to infiltrate the disc at the time of herniation, and produce an infection characterized by cytokine and propionic acid production, and ultimately inflammation and pain.

Perhaps the most interesting finding of all is that patients with CLBP in some cases may benefit from an antibiotic regimen. In a double-blind, randomized trial, patients who exhibited signs of bone edema and MC 1 in vertebra adjacent to disc herniation, and who were administered amoxicillin-clavulanate (500 mg/125 mg, Bioclavid), experienced a significant reduction in pain and disability following the course of treatment. There was a significant decrease in the percentage of patients complaining of constant pain, from 73.5% to 19.5%.  This antibiotic protocol no doubt treated the underlying bacterial infection and to some degree, alleviated symptoms of pain.

Perhaps nowhere else is the case for the use of antibiotics more pronounced than as a prophylactic measure in the prevention of post-discography discitis. Because CLBP is often exacerbated by mechanical stress, spine surgeons have routinely recommended various surgical procedures. A small subset of patients may develop discitis after surgery. This revelation has prompted many researchers to advocate for a prophylactic course of antibiotics to prevent its occurrence. However, randomized studies need to be conducted in order to assess the efficacy of such treatment.

There are numerous considerations to analyze pertaining to this revolutionary research. It is important to note that researchers are not advocating that all patients with chronic lower back pain be treated with a course of antibiotics, but perhaps only those testing positive for Propionibacterium acne. Furthermore, if administered, antibiotics should be taken along with MAST (Modic antibiotic spine therapy) protocol, not as a sole treatment for pain. With MC 1 occurring 6 times more frequently in patients with CLBP than in the general population, bacterial infections are indeed implicated in a certain number of these cases. Further randomized studies need to be conducted in order to assess not only the efficacy of antibiotic treatment in CLBP, but also its role as a form of prophylaxis, especially for post-discography discitis.

You can comment on this article or post an article by joining the RxEconsult community or signing in.