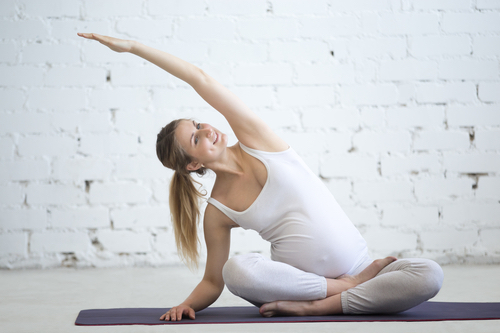 When you are expecting, it can be difficult to muster the energy to do a load of laundry, let alone exercise. Between nausea and extreme fatigue, to feeling like your center of gravity is really off — which of course, it is — the idea of taking a short walk around the block or signing up for prenatal yoga classes can be daunting.

While these feelings are totally normal, it’s actually pretty important to get as much regular exercise as you can. In addition to helping you to sleep better, keeping pregnancy weight gain under control and improving your mood, studies have found that working out can help boost your developing baby’s brain.

Gestational Exercise and the Developing Brain

Scientists have been interested in a potential link between exercising during pregnancy and its impact on the baby’s brain for some time. For example, the Society for Neuroscience presented the results of an experiment that showed a positive correlation between prenatal exercise in rats and an increase in cognitive abilities in baby rats. To try to duplicate these findings in people rather than rats, researches at the University of Montreal conducted a study on young, healthy moms-to-be who were not athletes. Half the group began an exercise program while the other half remained sedentary. Shortly after giving birth, the new moms brought their infants in for testing; the babies were fitted with a cap that contained electrodes. In general, the babies whose moms had exercised during pregnancy were found to have more “mature” brains and reactions to startling sounds and other tests than the infants whose moms did not work out.

What Types of Exercise are Best?

It’s always a good idea to discuss any exercise plans with your obstetrician. Once you have the green light to work out, you want to find an exercise that you enjoy doing that is not too hard on your pregnant body. As 24 Hour Fitness notes, healthy pregnant women should shoot for around 30 minutes of moderate-intensity cardio activity five days a week. Great examples of this type of exercise include swimming or brisk walking. Keeping the muscles strong is also important during pregnancy; this can be accomplished with yoga or lifting light weights. As a bonus, many gyms offer yoga tailored for expectant moms, and many pregnant women find that swimming gives them that wonderful lightweight feeling and is gentle on the joints. Moms-to-be who wish to engage in more vigorous exercise should avoid anything that involves lying on the back or puts them at risk of falling; for example, rollerblading around the neighborhood should wait until the baby is born. With your doctor’s blessing, you might find that riding a stationary bike will give you the more strenuous yet safe workout you want.

Other Benefits of Prenatal Exercise

While you are busily boosting your baby’s brain by walking briskly around the neighborhood, you are doing great things for your own body. In addition to the aforementioned benefits of better sleep and the like, exercising during pregnancy can help reduce constipation — which is a common side effect of those iron-filled prenatal vitamins — calm swelling and bloating and help improve your endurance. In some cases, regular exercise might reduce the risk of getting gestational diabetes. No matter which exercises you choose, it’s important to take extra care to avoid overheating; if it’s hot outside, skip the walk and maybe hit the neighborhood pool instead. Drink extra water, be sure to stretch beforehand and cool down when the workout is over.